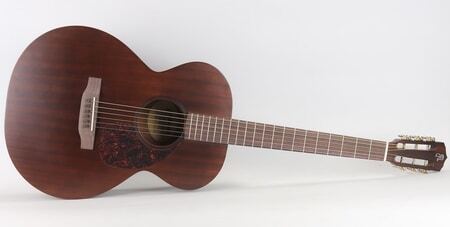 I’ve played many guitar genres over the 5 years I’ve been playing guitar, and have my own opinions on what the hardest and easiest genre of music are on guitar. But, I thought I’d do a survey to find out what most guitarists think, here’s what I found.

In this article I’ll present the results of the survey so you can see the percentages of the votes As well as, discuss what type of guitar – acoustic steel string, classical/nylon string, electric, and bass is hardest and easiest to play.

That way you can make a very informed decision about what style is best for you to learn, and what style you might want to start with.

What Is the Hardest Genre on the Guitar?

The hardest genre of music on the guitar is jazz. Even though I’ve been playing guitar for over 5 years, I still haven’t got around to learning jazz thoroughly because it just seems too complicated. But, by all accounts if a person was to hear me play guitar they would say ‘I’m good’.

However, that’s my opinion. So, I did a survey of 111 guitarists to fully get to the bottom of it. Here’s the results of what percent of people voted for each genre when asked which is HARDEST genre of music to play on the guitar:

As you can see ⅓ of guitarists said that jazz is the hardest. But, classical and flamenco weren’t that far behind. Rock still got quite a few votes relatively speaking. But, was considerably below the other hardest styles. Pop can easily be considered the easiest based on the results. Only 0.90% of people said it is the hardest.

Virtually all pop songs involve 6 to 8 chords in a song. The first 3 to 4 chords repeat over and over. And then 3 to 4 different chords are used in the bridge of a song. As you may know, the bridge of a song is where the melody changes before going back to the main theme of the song.

There are around 12 chords in pop music that are used over and over with a few variations here and there. The most common chord progression is C major, F major, and G. As well as, A major, D, G, and E minor.

These are often called a chord progression. Which is a fancy way of saying chords in a row. Therefore, once you know the most common chord shapes you can easily learn pop songs. Pop songs are also generally written and played in very easy time signature. Usually, 4/4 or 3/4. 4/4 is a simple rhythm that is counted as 1, 2, 3, 4, with the emphasis the fourth beat.

Whereas, in a song with a 3/4 time signature the emphasis is on the 3rd beat or strum. This creates a different feel to the song, but is still very easy to maintain and play.

The other thing you need to know to play pop songs is a few basic strumming patterns. That way you can easily learn new ones.

Examples, are songs from Ed Sheeran, Oasis, and Green Day.

To understand the difference let’s compare two different songs. One from the rock genre and one from the pop genre. Take a look at the timing and difficulty of playing a rock song from the band Tool called ‘Schism’.

And compare that to ‘Shape of You’ by Ed Sheeran:

As you can see ‘Shape of You’ has the same four chords that repeat over and over, and has a very easy rhythm. 1, 2, 3, 4 that also repeats over an over.

However, with the song ‘Schism’ by Tool it’s hard to tell where you should start and stop playing because it doesn’t follow a rhythm that is easy to tap your foot to.

Rock, together with jazz, classical, in general often have much more complicated time signatures and use a wider range of chords. Instead of the easy 4/4 or 3/4 rhythm they’re in 3/7, or 8/9. And the time signature changes from one rhythm to another during the song.

On top of that, they involve much more complicated picking and strumming techniques. Because of all of these factors they require you to have a much more advanced understanding of music theory. This includes chords, scales, and time signatures (the rhythm).

I personally like music theory, and learning technical math type subjects so I really enjoy learning it. Therefore, I took a liking to classical. But, I personally find jazz far too difficult. And the ‘juice isn’t worth the squeeze’ so to speak for me.

However, with enough dedication it’s definitely possible for anyone to learn any style of guitar. It just takes much longer to learn.

Also, there are songs in all genres that are easier and harder than others, and it does depend on the exact song you want to learn and play.

However, overall the guitar section of songs in the rock, classical, and jazz genre are harder than those in the pop genre.

Bass guitar is also very related to guitar. And many people wonder whether bass is easier than guitar. I explained this in detail, and also polled guitarists and bassists to see what the overall consensus is. I summarized it in this article about whether guitar is harder than bass.

There are different kinds of guitars, acoustic, electric, AND nylon and steel string. I personally find nylon string guitar easiest to play. But, I wanted to know what most people thought when it comes to the easiest type of guitar to play, and here’s what I found.

People have hands that come in all shapes and sizes. And certain guitars are better suited to larger hands with long fingers, while others are better for smaller hands and short thick fingers.

Although there are many exceptions, as many of the top guitarists play a type of guitar that isn’t perfectly suited to their hands, it’s definitely the case that some guitars are easier to play based on the size of your hands.

I explained how the size of your hands impacts the style of guitar you should play, and provided a detailed analysis and some recommendations in this article about whether long fingers are better for guitar.

A nylon string guitar, also called a classical or Spanish guitar has a wider neck, and less frets. Because it has less frets the frets are larger. This means if you learn on a classical guitar and then try to play an electric guitar there is a bit of an adjustment period.

Whereas, going from an acoustic steel string to an electric guitar is virtually exactly the same. And you won’t have to adjust your playing and get used to it in any way.